The Trousdale Turner Correctional Center built and operated by Corrections Corporation of America, is a new, 2,550 bed correctional facility/campus located near Hartsville, TN, that held its grand opening in December 2015.

Your company’s performance on the CCA Trousdale Turner Correctional Facility is to be commended. As such we have determined a personal thank you is in order for all of the efforts put forth during the project. Please see the attached letter as a token of our appreciation for the hard work your team exhibited during the duration of the project. The receipt of this letter solidifies Charlie Irwin Painting as one of the top preforming subcontractors on the project.

CIP was tasked with field painting exterior surfaces and all interior surfaces, exclusive of cell interiors. Over 34,000 man hours and 19,000 gallons of primers, paints and coatings were utilized in completing this project, and the project spanned a period of ten months. (Total building construction lasted approximately sixteen months.) 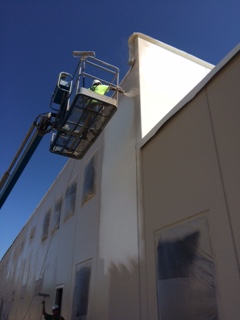 The project was scheduled to start in 2008, but was put on hold shortly after the cell modules were delivered to the jobsite, where they sat, outside and exposed to the weather, for over six years before they were installed. Thus, there were cracks and defects in the concrete substrate that had to be addressed prior to field painting. This required close coordination and planning between CIP personnel, the general contractor (JE Dunn Construction) and the cell module subcontractor.

Obviously, after the project was finally begun, CCA wanted the project to be finished as quickly as possible. This fast-tracking created a “pancake” effect on all the finish trades involved in the construction.

Stepping Up to Meet the Challenge

CIP met the time-crunch challenge by utilizing a lead foreman, with two assistant foreman so multiple prime, finish and punch list crews could operate simultaneously to prime and finish multiple buildings at the same time.

Due to the schedule, location and sheer size of this project, CIP knew from the beginning that equipment and material deliveries would have to be flawless to meet the demands required. By leasing a 4,000 square-foot storage facility adjacent to the project site, CIP was able to store enough material to accommodate a week’s worth of painting and to keep back up sprayers and supplies onsite so there would not be significant down time should there be any out-of-service equipment. 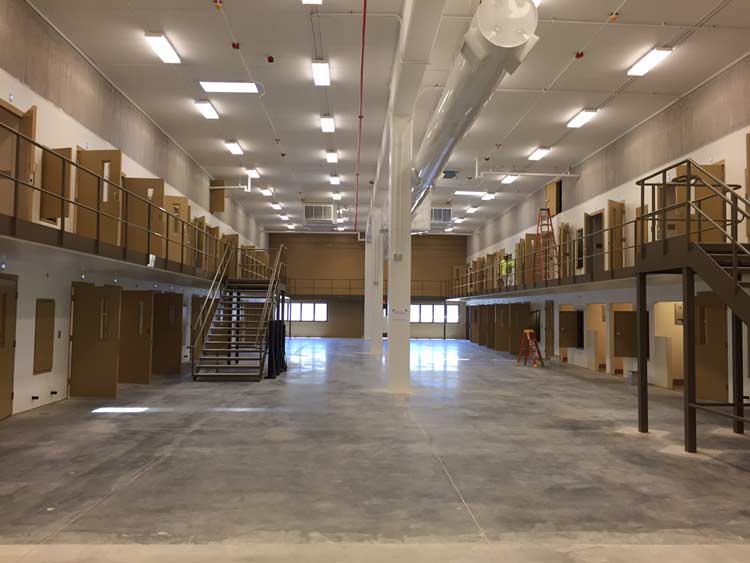 CIP reliable and experienced staff worked tirelessly with the other contractors and owner to complete this project on time, with no lost time accidents.

The general contractor, JE Dunn Construction, and the owner, Corrections Corporation of America, were completely satisfied with the work that CIP performed.