The Motlow house stood on the edge of the Jack Daniels property in Lynchburg, TN for more than 140 years. It was the home of Lemuel “Lem” Motlow, who inherited the distillery from his Uncle Jack and ran it for 40 years. After Motlow died in 1947, the house declined and finally fell into such disrepair it could not be renovated. The parent company, Brown-Forman, decided to reconstruct the house using as many of the elements (columns, staircases, windows, etc.) from the original structure as possible. 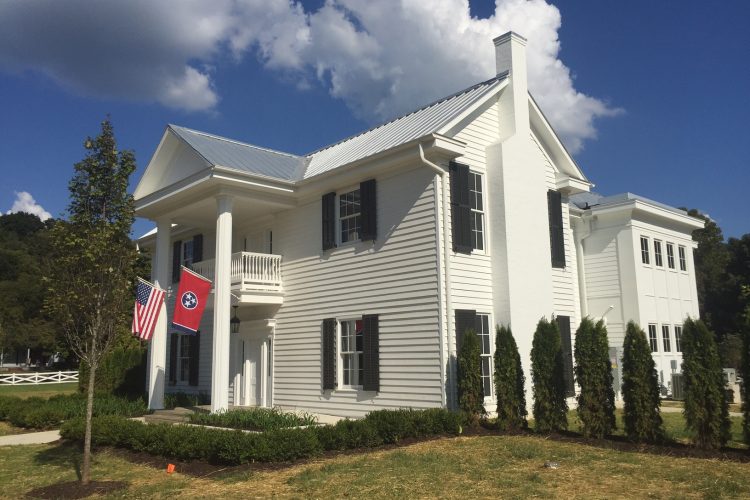 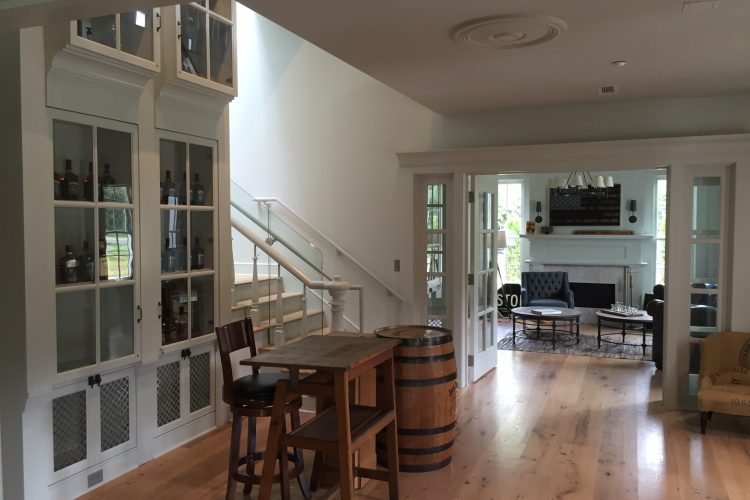 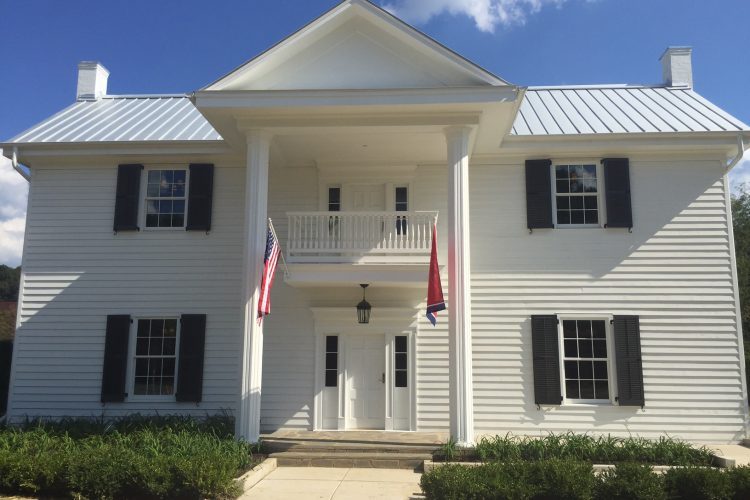 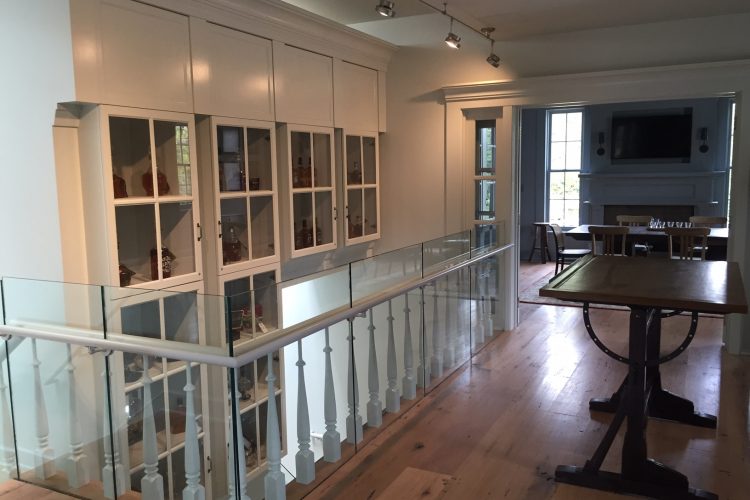 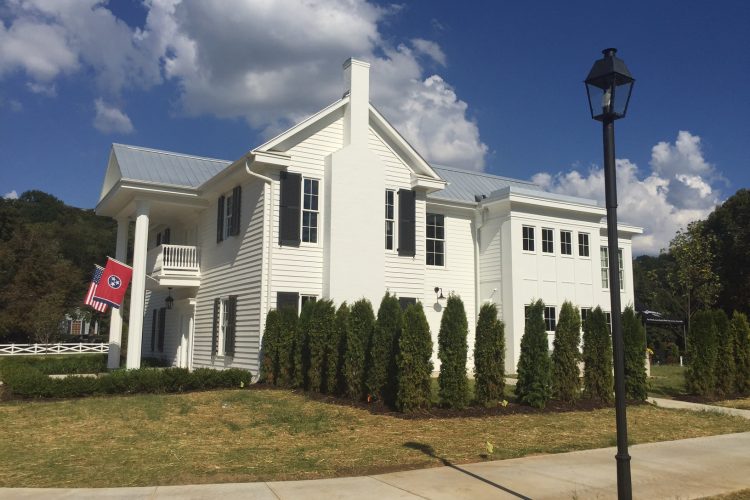 Messer Construction was hired as the general contractor, and CIP worked closely with them to make sure the project was completed on time with a high quality product. The finished two-story, white, colonial-style home looks like the original house from the front, but the back of the house has been expanded.

The Scope of the Project

Construction on the house started on September 1, 2015 and was completed on July 13, 2016, just in time for the 150th Jack Daniels anniversary celebration. The project consisted of painting the entire exterior and interior of the house. Exterior painting included pre-priming both sides of wood siding at our paint shop and shipping the siding to the jobsite in order to topcoat with Sherwin Williams A100 satin. Interior painting included walls, ceilings, stairs, wood doors, wood trim, wood siding, and wood cabinets.

The Challenges of Painting the Motlow House

One challenge in this project was trying to work while the house was open to the public. A second was trying to work with the millwork sub to coordinate completion of painting services within the schedule constraints. The third challenge was providing a quality product to meet the owner’s expectations of a historically accurate reconstruction.

Motlow House includes event spaces and is now the home of the Tennessee Squires Program. Additionally, the building is used for whiskey tastings and houses the archives of the Jack Daniels brand.